It's been quite a while since I've updated this blog. I haven't been too productive over the past two years. But I'm hoping to get back to painting on a more regular basis and ideally will get back to sharing my projects here too.

As we're approaching Halloween, I decided to work on the 75mm Frank von Stein from Terrible Kids Stuff. I began this project back in March and did the initial shading and highlighting on the skin and pants. Now that I've returned to the project I made some adjustments (highlights on his upper body weren't quite right and needed to be rebalanced) and then went in with glazes to add color variation and bring the skin to life as it were. Some subtle red glazes around the sutures, implants, and in the cheeks. Some purple glazes around the veins. And finally a little bit of blue glazing in select shadows.

The skin tone was based in AK's Grey Green. I added a 50/50 mix of AK's Basalt Grey and Reaper's Walnut Brown to that for the shadows (with Black added to anywhere which needed to be even darker). Highlights were done by adding AK's Green Grey to their Grey Green (yeah, not the most helpful names). And final highlights were done with Reaper's Linen White.

I'm working in the Grey Green and Green Gray into just about every mix used on the piece (including the metallics) to give the entire piece a green shift. 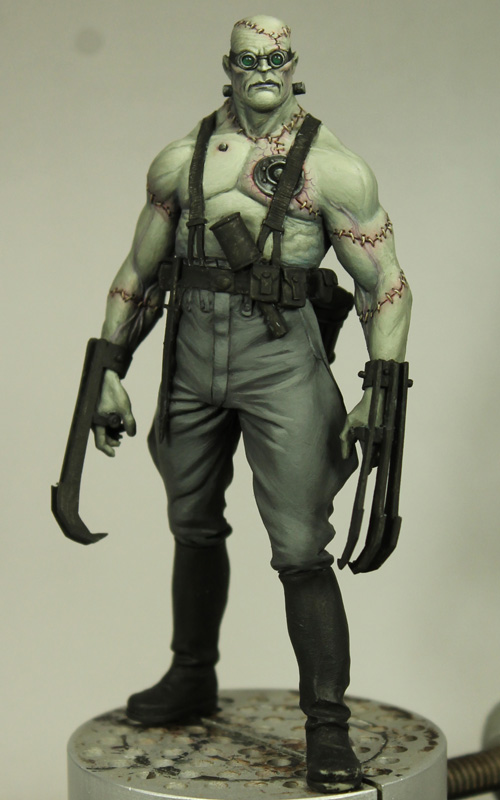 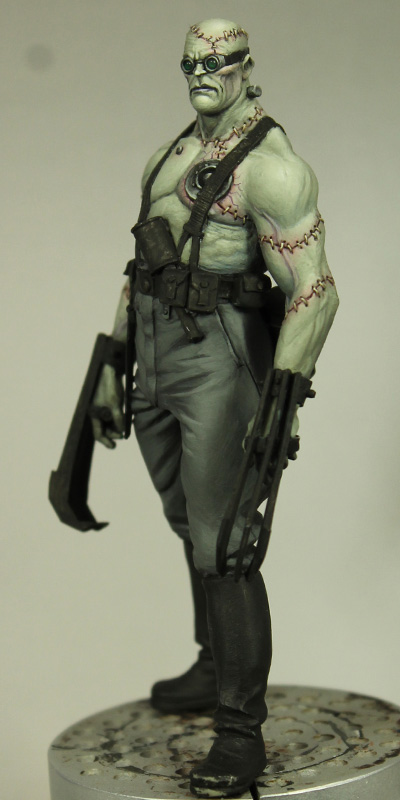 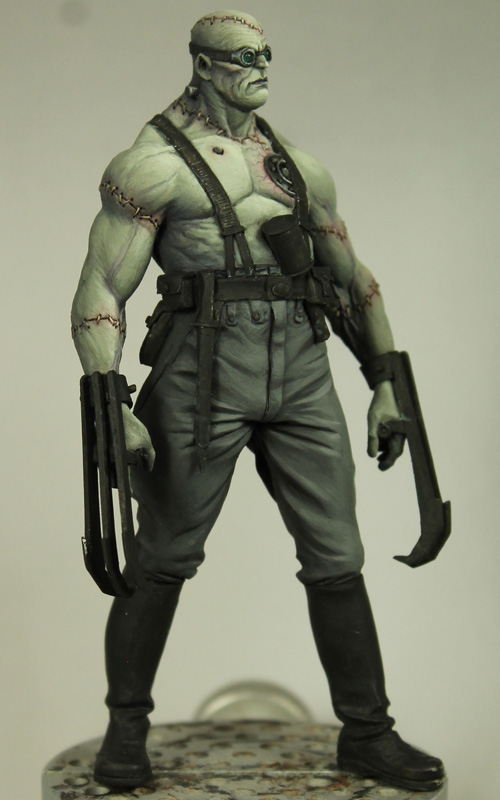 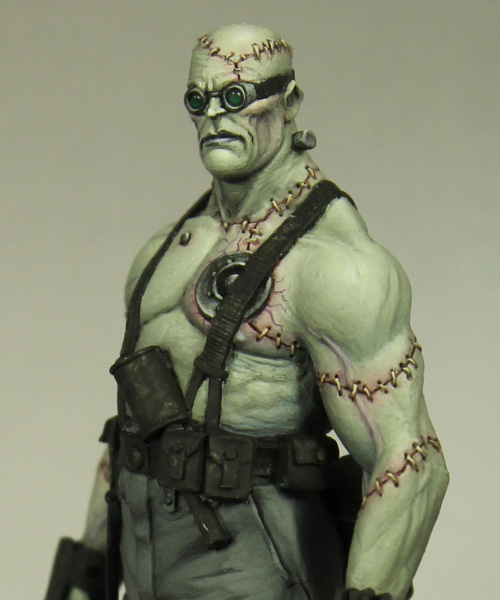